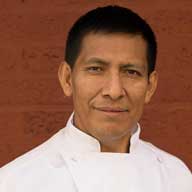 Alfonso grew up in a sugar cane farm back in his native country of Ecuador making sugar cane juice. Since that time he came to enjoy working in the kitchen. At an early age he began working as a waiter and bartender in one of the most popular organic farm/restaurant/hotels in all of Ecuador named Parador Turistico Gualaceo. Alfonso arrived in New York City in 1994 with the intention to continue in the food service industry. He worked as an intern with talented chefs at restaurants like Union Pacific NYC and Bouley Bakery. Soon he became sous-chef and later chef at Washington Market Tribeca NYC. He had the fortune of meeting Chef Dan Barber at David Bouley’s kitchen in 1997 and was hired by Dan as sous chef for Lazigale Restaurant, NYC. Soon after, he was invited by Mr. Barber to work in his catering business as sous chef. Mr. Barber later branched out into Blue Hill NYC and Blue Hill at Stone Barns, where Alfonso worked as head catering chef and manager of Blue Hill Cafe. Most recently, Alfonso has been working at the Department of Education developing standard nutrition menus for children. He is now fulfilling his lifelong dream of opening his own restaurant, Casa del Chef in Woodside Queens ! 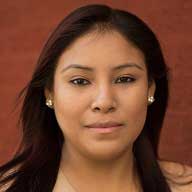 Sandra Zhicay is a Guest Department Manager with three years of experience at Flynn Meyer Company. She was born in 1991 came to the USA at the age of 13. She went to Bryant High School where she graduated and continued with her education at New York City of Technology College. In 2001, she was hired by the Flynn Meyer Company, Inc. and was later promoted as a swing manager and kitchen department manager where she gained knowledge in business administration, and food handling, and customer service. Sandra is looking forward to helping her father with his restaurant business while at the same time continuing her own education.